Statistics released today by the FBI show that 66 officers were feloniously killed in the line of duty in 2016. Of those officers killed, 62 of them were killed by a firearm. This is a big increase of 38% over 2015. 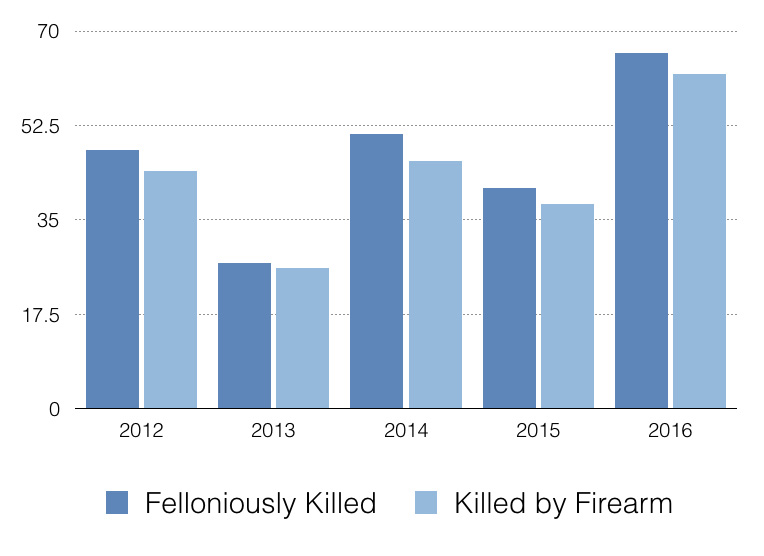 Circumstances leading to death at the incident scenes: 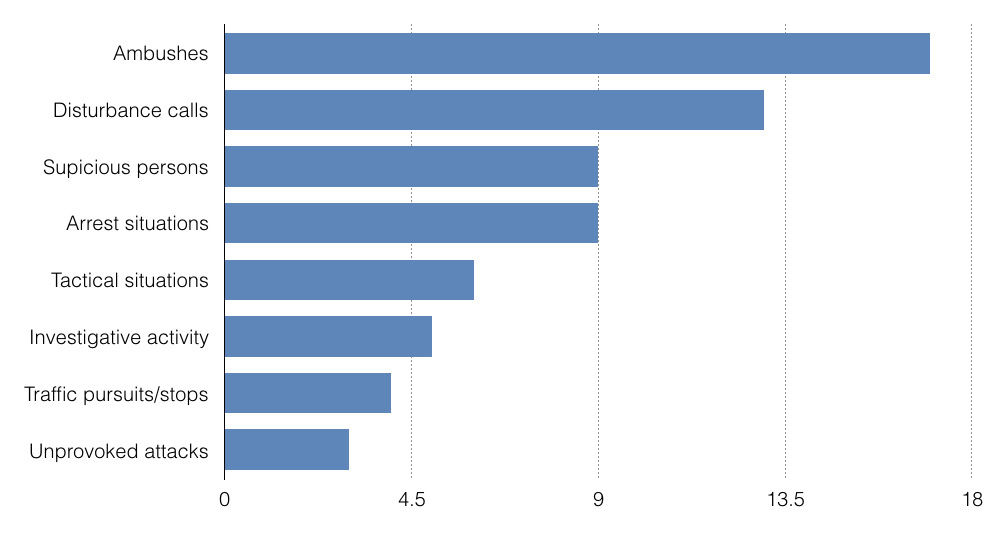 Of the 66 officers killed in criminal incidents, the 51 were wearing body armor at the time they were killed.

The FBI publishes Law Enforcement Officers Killed and Assaulted each year to provide information about officers who were killed, feloniously or accidentally, and officers who were assaulted while performing their duties. The FBI collects these data through the Uniform Crime Reporting (UCR) Program.